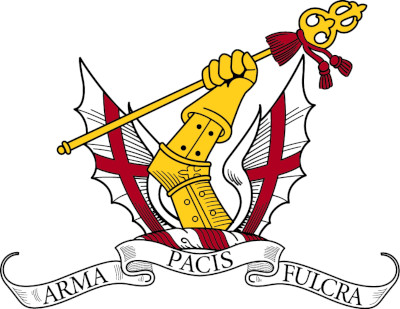 The Company has possessed Colours since the seventeenth century. As is the custom, the Regiment holds both Royal and Regimental Colours. The Colours on display at Armoury House are those presented by the Princess of Wales in 1864 and 1894, together with the Colours presented by the Prince of Wales (afterwards Edward VIII) in 1928. More recently, Colours have been presented by HM The Queen in 1955, 1980 and 2007. The Colours since 1928 are the Colours of the Company as a whole and bear battle honours won in South Africa and in the First and Second World Wars. The battle honours were not only won by the HAC’s infantry battalions but also by its artillery batteries. The Regiment is unique in that, as well as holding Colours (as is the custom of infantry battalions), it also follows the Royal Artillery’s tradition of treating its guns as its Colours.

The HAC’s various regimental units have been awarded the following battle honours (those in bold are borne on The Queen’s Colour):

Edward VII bestowed on the HAC in 1906 the distinction of a special ribbon for the Volunteer Decoration and the Volunteer Long Service Medal. The honour was extended to the same medals under their subsequent Territorial designations and to the new Volunteer Reserves Service Medal and subsequent incarnations to the present day. The ribbon is of dark blue and red, edged with narrow yellow stripes—the Sovereign’s personal colours.

At the HAC’s Annual General Court, a prize on behalf of the Captain-General is presented to the soldier who is considered to have made the most significant contribution to the Regiment over the preceding year. The recipient receives an illuminated copy of Major G Goold Walker’s History of the Honourable Artillery Company 1537-1987 and a cheque from the Privy Purse. Recipients are also permitted to wear a badge incorporating the Royal Cypher on dress uniforms or on uniforms of the Company of Pikemen & Musketeers and the Light Cavalry.

The HAC is the senior of several regiments that enjoy the privilege of marching through the City of London “with drums beating, colours flying and bayonets fixed”. The custom dates from around the seventeenth century and was intended to encourage recruitment. It was formally confirmed by the Lord Mayor of London as a regimental privilege in 1924.

Islington Council bestowed the honour of the Freedom of the London Borough of Islington on the HAC on 1st October 2009.

The Regimental Collect, given below, is recited on appropriate occasions and led by the HAC’s Padre:

"Almighty God, whom to serve is perfect freedom, and by whose providence the Honourable Artillery Company has proudly fulfilled its citizenship in the ancient capital of our land; grant that, armed with the shield of faith and the sword of the spirit, we may serve thee in freedom and peace as citizens of that other realm of which our Saviour Christ is Lord of Lords and King of Kings. Amen."

The Regiment has the following Regimental Marches:

This ancient City parish church is the Regiment’s church and houses the HAC Chapel which commemorates those who died in the South African War, the First and Second World Wars and the conflict in Afghanistan. It also displays copies of the two Rolls of Honour.