The Company of Pikemen & Musketeers was formed in 1925 and is armed and accoutred as members of the HAC would have been during the reign on Charles I. The uniform comprises Venetian red tunics with white linen collars and cuffs and knee-length breeches. Depending on their rank and position (pikeman, musketeer or drumbeater), a member's uniform is further embellished.

A Royal Warrant granted by HM The Queen in 1955 tasks the Company with providing a ceremonial bodyguard for the Lord Mayor of the City of London. The Company escorts the Lord Mayor’s State Coach during the annual Lord Mayor’s Show and provides carpet guards for banquets at Guildhall and Mansion House. Additionally, it provides carpet guards at livery halls and Armoury House, as well as demonstrations of 17th-century pike and musket drills. The Company has also taken part in events overseas, including the Pontifical Swiss Guard’s 500th Anniversary celebrations.

Members of the Pikemen & Musketeers must be veterans of the HAC Regiment with proven efficient service. Members are unpaid but give freely of their own time for drill practice and rehearsals as well as for official duties. If you are an HAC member and would like to find out more, please visit the Members' area.

To discover more about the Company of Pikemen & Musketeers, including a detailed history and booking enquiries, please visit their external website: www.pikemen.org.uk. 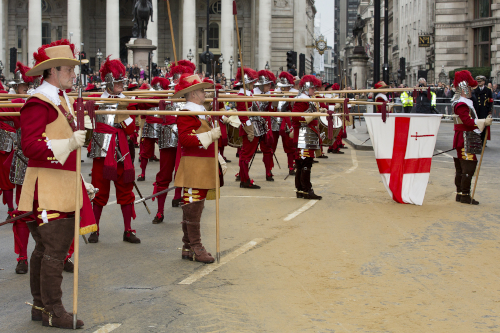 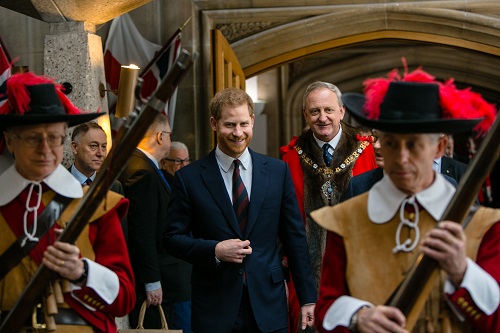 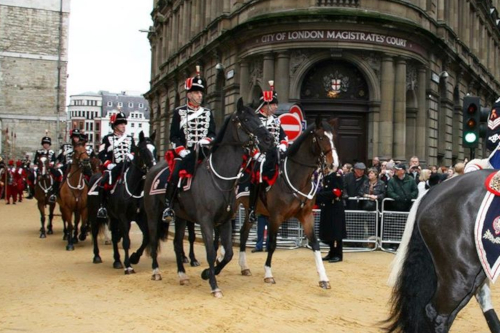 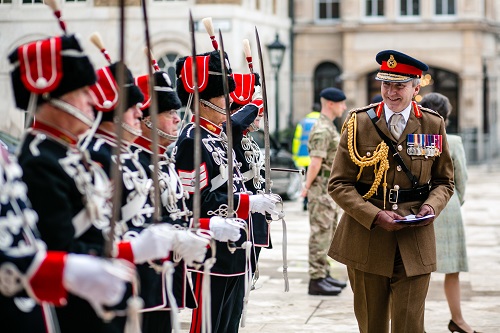 Formed in 1861, the HAC’s original Light Cavalry Troop was absorbed into a new horse artillery battery in 1891. In 1979, its spirit was re-ignited within the HAC’s Saddle Club to form the new Light Cavalry ceremonial unit that exists today. In 2004, Her Majesty Queen Elizabeth II presented the Light Cavalry with a Royal Warrant.

The Light Cavalry’s most prominent event of the year is providing the Lady Mayoress with a travelling escort at the Lord Mayor’s Show in London; it also provides a dismounted carpet guard to the Lord Mayor’s coach at the entrance to the Law Courts. Additional ceremonial duties include providing guards at polo matches at Smith’s Lawn, Windsor, during the summer and participating in other parades.

Membership of the Light Cavalry is open to all ranks of any Service. If you have served, can ride, or would be willing to learn, or even undertake some dismounted duties, please email our Adjutant.

To find out more, including details of the stables and external bookings, please visit the Light Cavalry’s external website: www.lightcavalry.org.