In 1947 the Company was re-organised into an Infantry Battalion and two Royal Artillery regiments, namely 1st (HAC) Regiment RHA (with self-propelled artillery) and 2nd (HAC) Regiment RA (mobile heavy-antiaircraft artillery); the latter regiment was disbanded in 1955. G Locating Battery operated between 1947 and 1961 and the wartime Cadet Battalion, which had been re-formed in 1947, was disbanded in 1958. By 1961, 1st Regiment comprised A, B and C Batteries and the Infantry Battalion had four companies.

Further changes occurred in 1967 when the Territorial Army became the Territorial and Army Volunteer Reserve (TAVR). This resulted in the HAC’s 1st Regiment becoming three stand-alone artillery units of A, B and C Batteries, whilst the Infantry Battalion’s four companies became the Grenadier, Yager and Light Companies.

In 1973 the Regiment was re-organised as four patrol squadrons, fielding two operational squadrons for the British Army of the Rhine and two home-defence squadrons. In addition, the Gun Troop was formed in 1974 to provide an artillery training capability within the Regiment. The TAVR returned to its old designation as the TA in 1980 and in 1985 the HAC’s squadrons were reduced to three Patrol Squadrons, alongside a Headquarters Squadron (formed in 1983), all assigned to the delivery of Special OPs in support of the British Army of the Rhine.

The Home Service Force sub-units operated between 1985 and 1994. In 1992, the Regiment became part of NATO’s Allied Rapid Reaction Corps.

The HAC in the Twenty-First Century: 2000-present

Between 2000 and today there have been various changes to the role and ORBAT of the Regiment as the wider Army has undergone repeated restructuring; for example, in 2004 the Gun Troop was disbanded and replaced by a Liaison Troop which was subsequently disbanded as well. At the end of 2010, the Signal Squadron (formed in 1994 from the signals detachments that were previously part of each of the patrol squadrons) was disbanded and its signalling expertise was temporarily absorbed into the three patrol squadrons. Further changes came as a result of the Army 2020 reorganisation when the Special Observer capability was consolidated into a single Squadron (1 Sqn) and the new “Light STA Detachment” role was created.

As of 2019, the HAC is a volunteer regiment of the Army Reserve with an establishment of a little over 400 soldiers. Assigned to the 1st Intelligence, Surveillance and Reconnaissance Brigade, the Regiment’s core role is surveillance. The Regiment now comprises a Headquarters Squadron (which includes medics, logisticians and a substantial signals troop that is the direct successor of the Signal Squadron), the HAC Band, 1 (Special OP) Squadron (the direct successor to the OP squadrons established in 1973 and which now delivers a high-risk covert surveillance patrol capability), 2 and 3 Squadrons (Light ISR Detachments), and A (City of London) Battery, which was formed in 2018 and provides light gun operators in support of the Regular Army and training support to 1 Squadron (much in the same manner as its’ predecessor, the Gun Troop).

Operationally, the Regiment has been constantly busy since November 1995 when HAC officers and soldiers were first deployed to the Balkans. Individuals have been mobilised for operations in Iraq (OP TELIC) between 2003 and 2010 (where, in 2004 and 2005, the HAC deployed a formed sub-unit in role to deliver the Brigade Patrol Troop) and numerous HAC soldiers were mobilised from 2007-2014 for operations in Afghanistan (OP HERRICK).

In total, between 1995 and 2019, around 300 personnel have been deployed on overseas operations (including in Africa and the wider Middle East). Their roles have been diverse, ranging from conducting covert surveillance, providing linguist support, conducting human intelligence operations, directing joint fires and mentoring local forces to delivering medical support, community engagement and media operations. In 2012 45 HAC personnel deployed in support of the London Olympics.

On 4 December 2007, whilst serving with 4/73 (Special OP) Battery in Afghanistan, Trooper Jack Sadler became the first HAC soldier to be killed on active service since 1945. More recently, although not cap-badged HAC, Lieutenant Edward Drummond-Baxter was a member of the HAC’s Veteran Company when he was killed on 30 October 2012 whilst serving with the 1st Battalion, Royal Gurkha Rifles, in Afghanistan.

In 2003 the HAC’s Detachment of Metropolitan Special Constabulary was re-aligned to the City of London Police. Today, the “Specials” undertake traditional policing on the street as well as ceremonial duties, such as providing support at the annual Lord Mayor’s Show and the London Marathon.

Research our Archives or find out more about Who We Are and What We Do today. 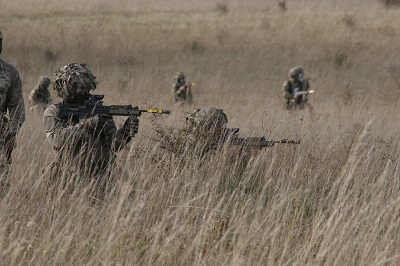 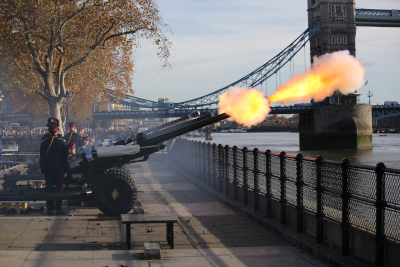 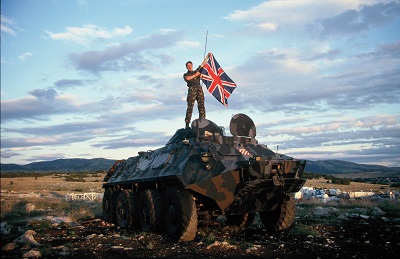 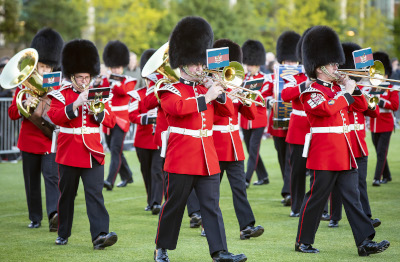 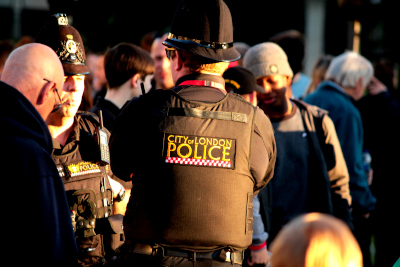