It was with great sadness that, on 9 April 2021, Field Marshal His Royal Highness The Prince Philip, Duke of Edinburgh KG KT OM GCVO GBE passed away at Windsor Castle, aged 99.

Membership of the HAC

Prince Philip was admitted as a member of the Honourable Artillery Company on 4 March 1957, just a short five years after Her Majesty The Queen had become our Captain-General. The occasion was recorded in the Company’s Journal (no.308) as follows:

“His Royal Highness The Prince Philip, Duke of Edinburgh, having announced his willingness to be admitted a member of the Company, he was duly proposed by the President, the Vice-President and the Treasurer at the Court of Assistants on Monday, 4th March, and elected unanimously. The next day a deputation consisting of the President, the Vice-President and the Secretary waited on him at Buckingham Palace, when he signed the Roll of Members. The deputation spent about 30 minutes with him.”

The entry continued, noting the changes to the second Loyal Toast as:

Visits to Armoury House as the Queen’s Consort

Following admittance to the Company, Prince Philip made numerous visits to Armoury House. Usually these were accompanying Her Majesty The Queen when she visited as our Captain-General, such as on 18 May 2007 for the Presentation of New Colours to the HAC and on12 May 2010 for the Captain-General’s Inspection of the Company of Pikemen & Musketeers.

However, the Duke of Edinburgh also visited on his own accord; two of these occasions are detailed as follows.

In 1969 the Company’s annual St George’s Dinner was moved from April to 12 November to allow for the principal guest, His Majesty King Olav of Norway, to attend. HRH The Duke of Edinburgh was also in attendance and, while he wasn’t called to give a formal speech, there were “kindly references to his refreshing personality and informal behaviour” throughout the evening (Journal, no. 379). Other VIPs in attendance included His Royal Highness Prince Michael of Kent, His Grace the Lord Archbishop of York, Sir Francis Chichester and the Leader of the Opposition in the House of Commons – quite an impressive top-table. 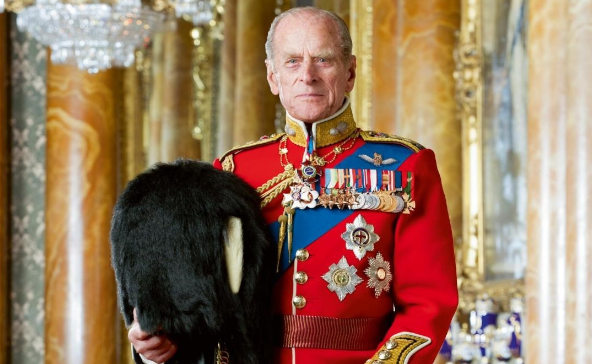 More recently, on 12 October 2011, Prince Philip officially opened our new museum, a project he had become interested in since presenting the HAC with a bayonet training rifle used by the British army from c.1780-1939. The day saw him meet many HAC representatives, greeted with a Pikemen & Musketeers’ Carpet Guard and, of course, a tour of the museum. During this tour, he is noted as taking particular interest in “the lease and map of the Old Artillery Ground at Spitalfields, the 1641 signatures of the…future Charles II and James II in the Ancient Vellum Book and…the HAC’s activities in the First and Second World Wars” (Journal, no.482). His Royal Highness was also recorded as being on usual top form with his speech at the official ceremony.

Further afield and beyond the grounds of the HAC, Prince Philip also met many members at other occasions, often when met by a Guard Duty of our Pikemen & Musketeers or Light Cavalry.

Farewell: Gun Salute and Half Mast

On Saturday 10 April, the HAC’s A (1st City of London) Battery fired a final 41 Gun Salute at the Tower of London to mark the death of Prince Philip. This was the last in a long line of Salutes fired by the HAC Regiment in honour of the Duke of Edinburgh, previously fired on the occasion of his birthday.

As a further mark of respect, the Company Flag and Union Flag were flown at half-mast above Armoury House and Finsbury Barracks respectively from the announcement of his death until the morning after his funeral on 17 April.

A letter of condolence was also sent on behalf of the Company to our Captain-General, Her Majesty The Queen.

Our members have many fond memories of meeting His Royal Highness. We have included a selection of these on the members' area of the website; if you are a member, click here to read. 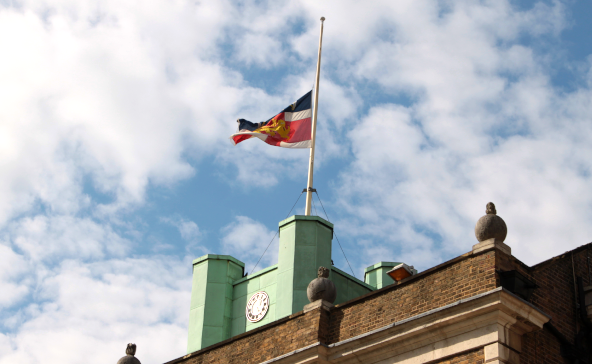 The Company Flag at half-mast above Armoury House 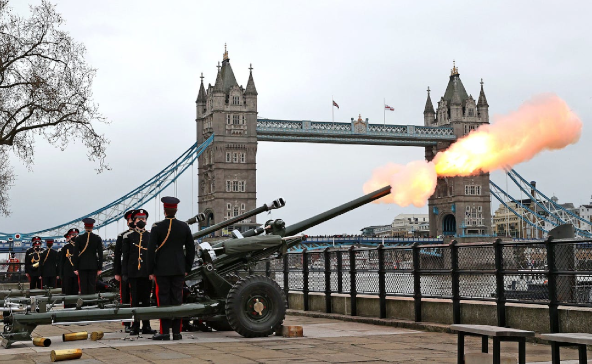 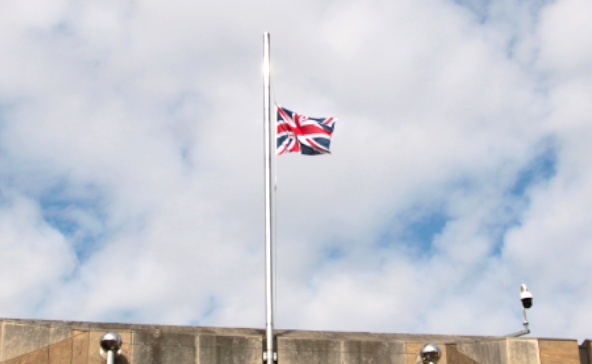 The Union Flag at half-mast above Finsbury Barracks 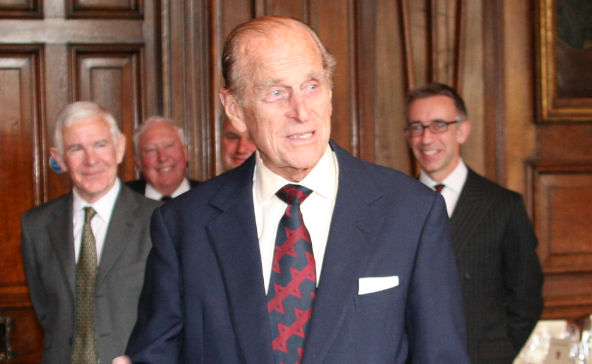 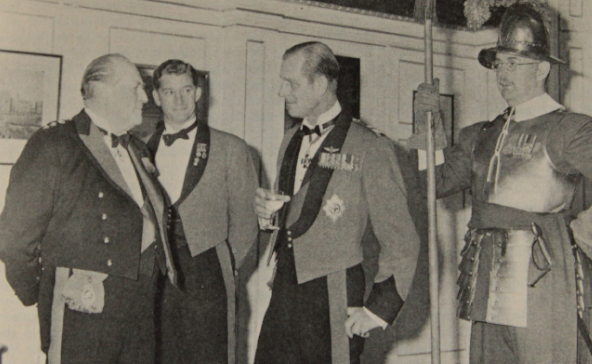