The Mossbourne Community Academy CCF, the second contingent formed by our Regiment under the Cadet Expansion Scheme, formed up at Grocers’ Hall on 26 September for their inaugural formal parade.

The contingent paraded to musical accompaniment from the band of the Coldstream Guards which is the unit affiliated to the Grocers’ Company. The cadets were inspected by The Chief of Defence Staff, General Sir Nick Carter, and Rupert Uloth, The Master Grocer, both of whom witnessed an excellent parade before the contingent marched off the square to British Grenadiers.

Cadets then joined proud parents, members of staff, Grocers and a large group from the Regiment (including the Pikemen & Musketeers who brought further colour to the event) for a magnificent tea party in the livery hall.

Inspired by the presence of those who drilled in the fashion of the New Model Army of Oliver Cromwell, The Master Grocer reminded all in his speech that the Grocers’ Company were the second senior Livery Company of the City. Furthermore, as the second-most senior infantry regiment in the Army, The Coldstream Guards’ motto is Nulli Secundus (“Second to None”); both points of interest were tied neatly with the creation of our second modern cadet unit.

The Master Grocer and Peter Hughes, Principal of the Academy, also paid tribute to the drive, assistance and generosity of the HAC in creating the contingent.

As with the City of London Academy, Islington CCF, the HAC title is embedded in the Mossbourne contingent`s name, all ranks wear the HAC cap badge and stable belt, and are fortunate to have School Staff Instructors who also serve in the main body of the Regiment. The officers and other adult instructors are Regimental members of the Company and also Mess members of their respective Mess.

You can read further details of the event via the news article on the Hackney Citizen website. 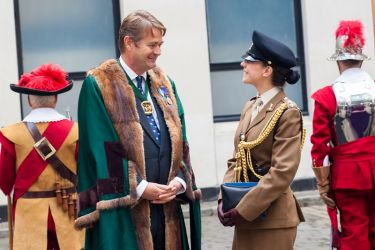 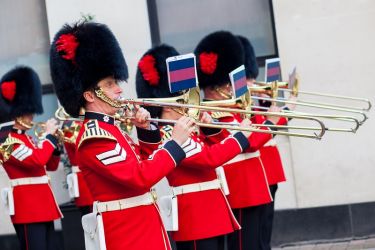 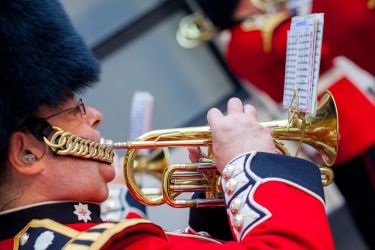 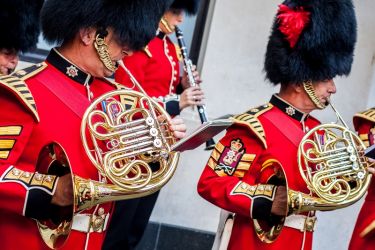 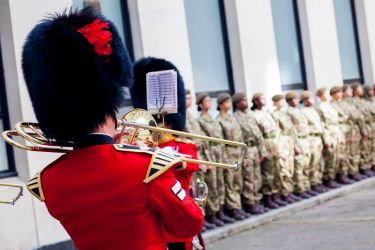 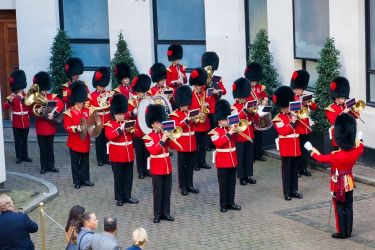 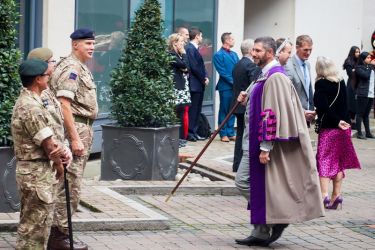 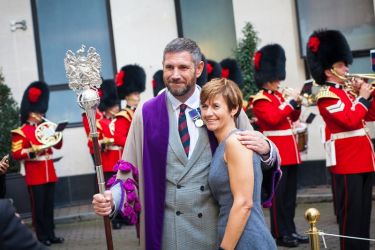 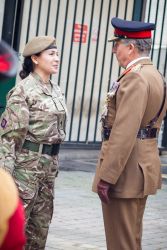 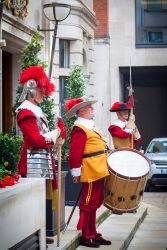 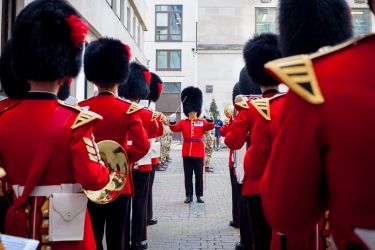 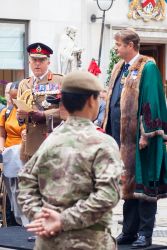 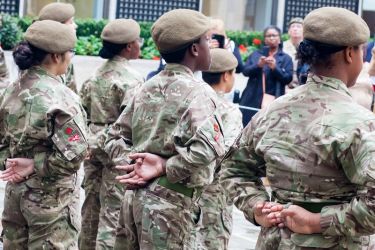 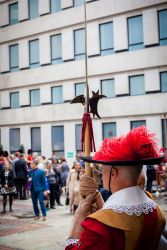