At the invitation of The Right Honourable The Lord Mayor of London, members from across the HAC represented the Company at the historic City Review on Wednesday 24th July. Marking the 100th anniversary of the return of the Regiment from active service in the First World War, the Review marked the finale in the HAC’s First World War centenary commemorations.

The Guard, Band and Corps of Drums had marched from Armoury House to Guildhall Yard where they were joined by the other contingents from the Cadets, Special Constabulary, Light Cavalry and Pikemen & Musketeers; those on parade numbered over 250. The Guard of Honour was inspected by the Lord Mayor Locum Tenens, Alderman Ian Luder, accompanied by the Colonel Commandant, General Patrick Sanders CBE DSO ADC Gen, escorted by the Commanding Officer while the Regimental Colonel inspected the other contingents. The Review was witnessed by Sheriffs, Aldermen and City Seniors, as well as some 450 HAC members and their guests.

Despite the near-record level temperatures, it was an immaculate turnout by all those involved, bearing the hallmarks of the thorough preparation and training expected from the HAC. Following the Review, the HAC members and guests were entertained at a memorable reception in the splendid Guildhall to conclude this momentous occasion.

The HAC’s First World War centenary commemorations have also included a poignant Remembrance Service on Artillery Garden last November, a parade in Italy marking the Battle of Vittorio Veneto last year and a thought-provoking Victory Dinner in April this year.

The Lord Mayor of London, the Regimental Colonel and the Commanding Officer

...an immaculate turnout by all those involved... 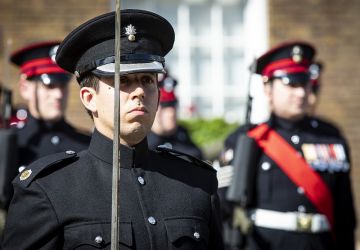 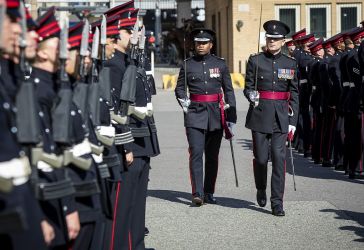 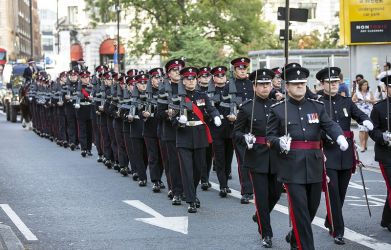 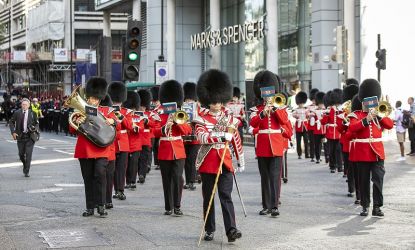 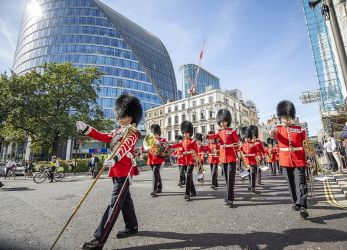 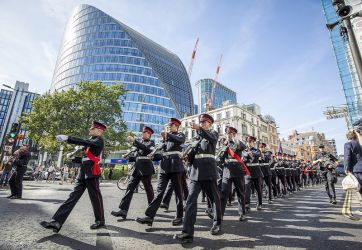 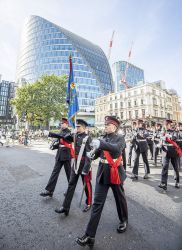 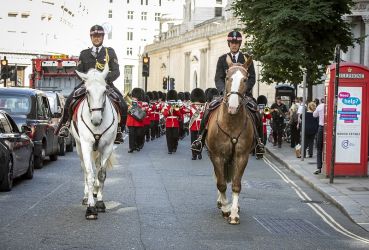 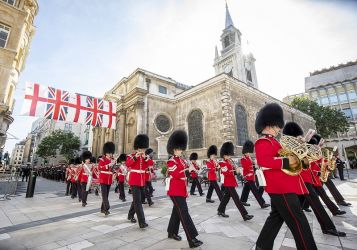 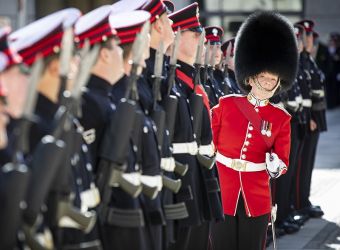 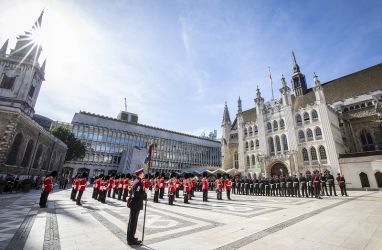 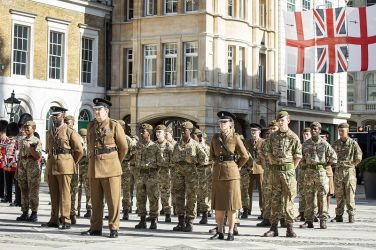 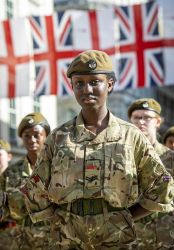 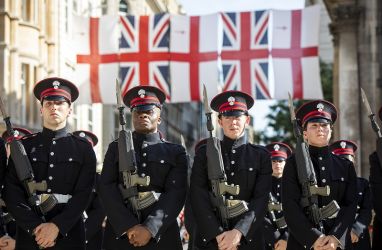 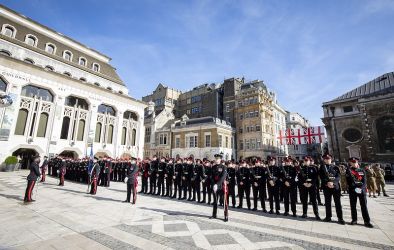 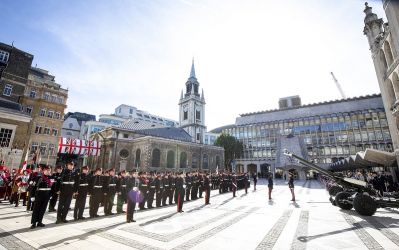 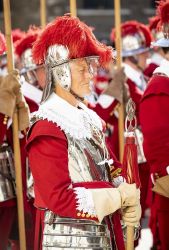 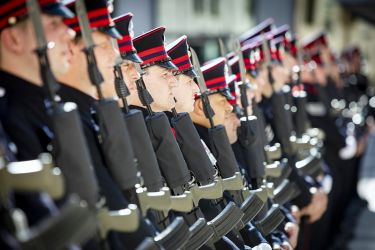 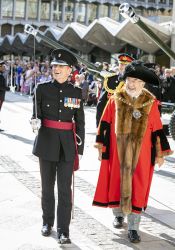 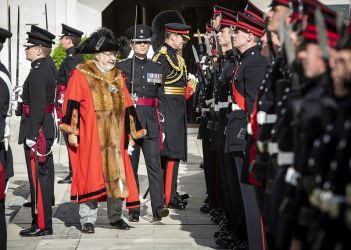 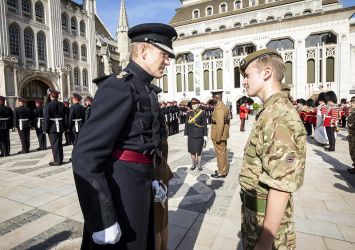 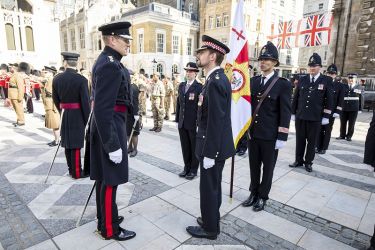 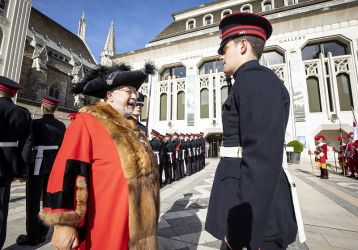 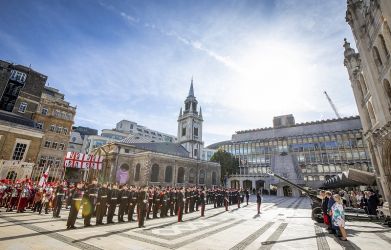 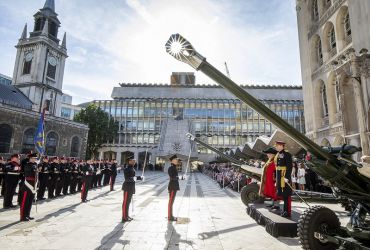 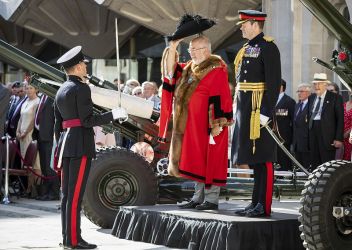 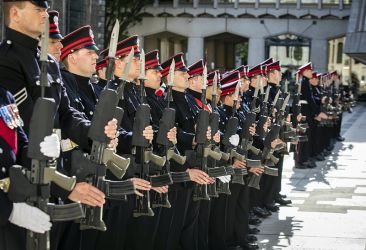 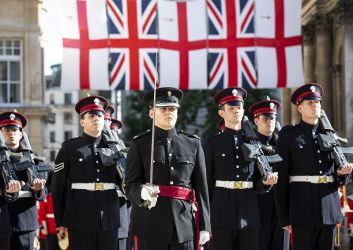 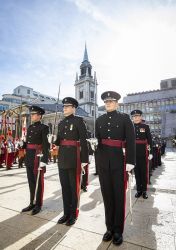 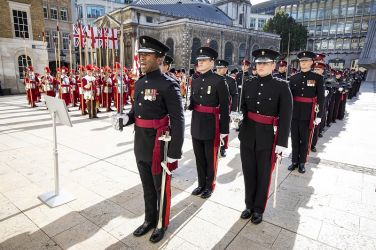